ITM prepares for final phase in fight against sleeping sickness 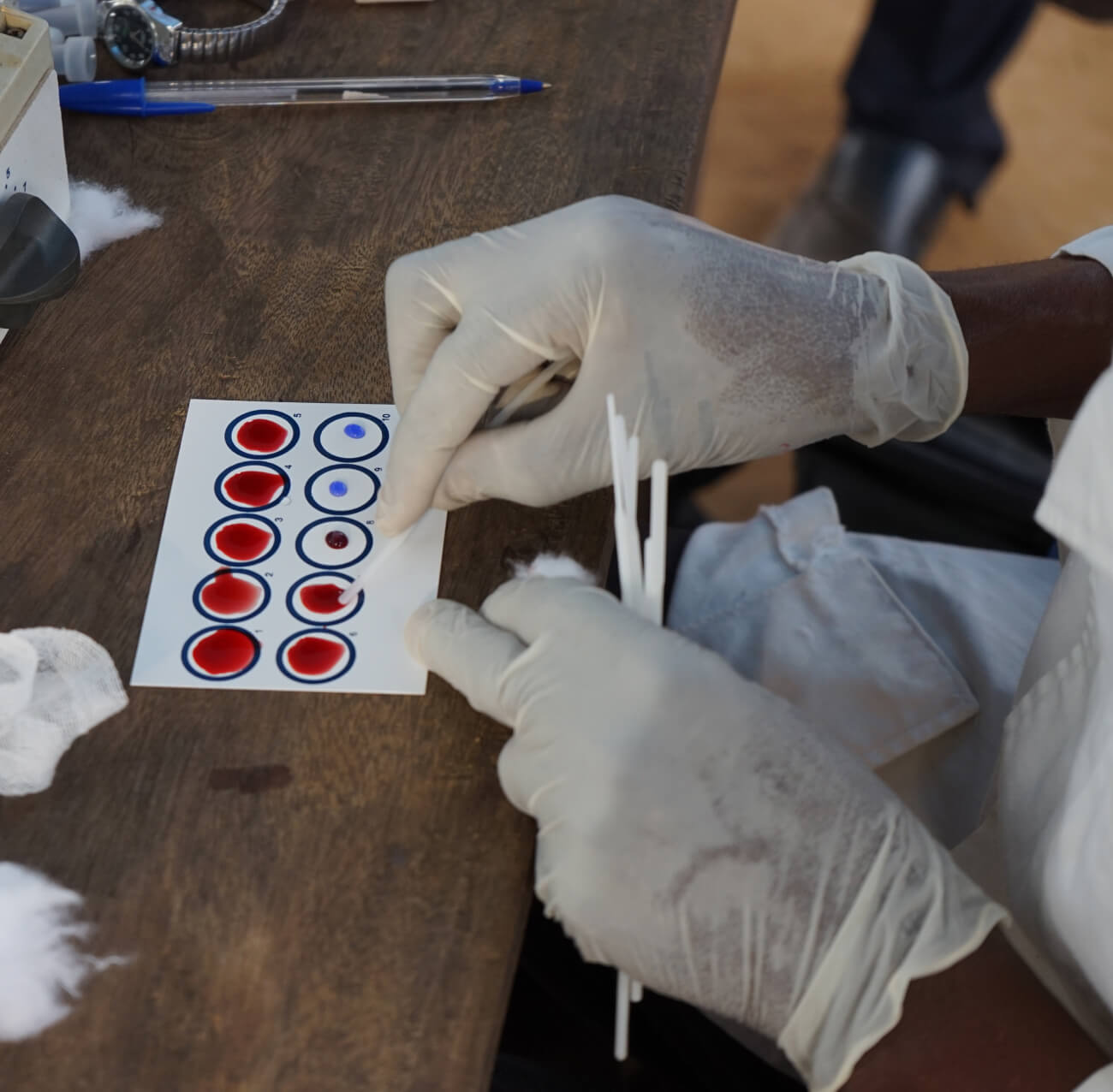 Human African trypanosomiasis (HAT) or sleeping sickness is a disease caused by the Trypanosoma parasite, which is transmittable by the tsetse fly. The disease is fatal when left untreated. ITM has taken a major role in the fight against sleeping sickness for decades and has a long tradition in developing and manufacturing diagnostic tests, which are now used in all HAT control programs.

ITM plays a leading role in supporting the control of the disease in the Democratic Republic of the Congo (DRC). Together with Congolese and international partners, ITM reduced the number of cases there, meeting the WHO goal of eliminating sleeping sickness as a public health problem in the country. The final objective of the sleeping sickness agenda is to sustainably eliminate the transmission of the disease by 2030, by interrupting the transmission of the parasite between tsetse flies and humans.

All projects on HAT control, financed by the Belgian Government and the Bill & Melinda Gates Foundation and coordinated by ITM, have been renewed in 2021.

This requires a system to improve testing and treatment and deal with operational issues in the DRC. Field testing of new tools and operational research providing new insights in transmission of disease, parasites limited to the skin, and social aspects such as out of pocket costs for patients, will further influence strategic choices in the following years. Several lines of research helping to determine those choices are the Costs and Outcomes of Integrated Human African Trypanosomiasis Surveillance System Using Rapid Diagnostic Tests and the Feasibility of a dried blood spot strategy to monitor elimination of HAT in the DRC.

In 2021, our researchers published a paper of a new gambiense-iELISA test that can potentially replace the current reference test. This new test has a higher throughput, is less hazardous and does not require the use of rats and mice. Major progress has been made in the development of new molecular tests which will be essential for the endgame.

Also in 2021, ITM’s recognition as WHO Collaborating Centre for Research and Training in HAT Diagnostics has been renewed.